Hamid Ajbar Ensemble is an Andalusian music group based in Granada. The group is made up of musicians originally from Morocco, inheritors of the legacy and culture of Al Andalus, whose beginnings date back to the Cordoban Caliphate in the VIII century. This legacy has been preserved since  by oral tradition in North Africa, especially in Morocco, Algeria and Tunisia.

Andalusian music is unique, having developed with many varied elements, especially with the arrival of renowned Iraqi musician Ziryab, (Iraq 789 – Cordoba 857). He arrived in Cordoba at the beginning of Abderrahman II´s rule, and founded the first music conservatory in the Islamic world. He also introduced many  cultural refinements which influenced the fashions and gastronomy of Cordoban high society. The great philosopher Ibn Bayya or  Avempace (Zaragoza 1080 – Fez 1139) developed this music even further by adding elements from Medieval Spanish music, Gregorian chant and Iberian culture.

The repertoire “Jewels of Al Andalus” is a careful musical selection from the X to the XV centuries, drawing on the vast sources of muwashahat and zejels, two poetic styles invented in Al Andalus. It includes poems written by renowned Andalusian poets including Shushtari, Ibn Khatib, Walladah bint al Mustakfi and others. It is a musical journey that transports us to other epochs, from the Cordoban Caliphate to the Maghreb, passing through Nasirid Granada, which givies its name to another Andalusian style: Gharnati. 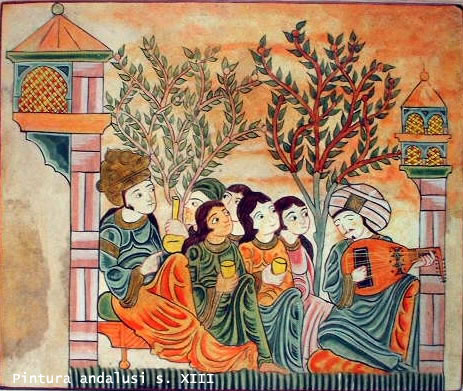 “The rain falls abundantly upon you

Oh, the time when there was union in Al Andalus!

A union which was no more than an illusion

A dream as furtive as it was fleeting.” 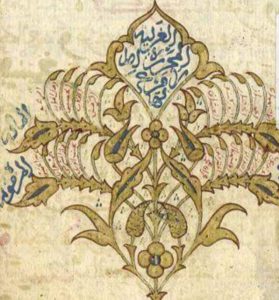